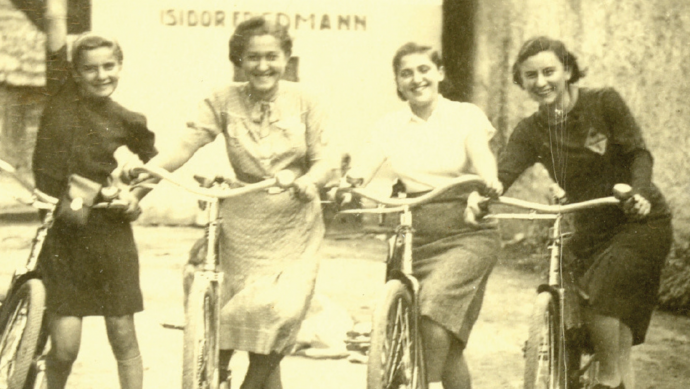 Remember the Women Institute is pleased to partner with The Ghetto Fighters’ House for their “Talking Memory” Series, Rethinking the “Final Solution” and the Wannsee Conference 80 Years Later.

Join us on Sunday, March 27, 2022, 2 PM EST | 7 PM GMT | 8 PM SAST | 9 PM Israel, for the fourth and final program in the series: Marking the 80th Anniversary of the Transport of 999 Jewish Women to Auschwitz: The Beginning of the Systematic Annihilation of the Jews.

Prof. Hanna Yablonka
Three Years Without a Name: Auschwitz 1942-1945
If the Wannsee Conference discussed plans to target young Jewish women as part of its Final Solution protocol that part of the minutes was destroyed. What we do know is that a few weeks after that meeting, Himmler ordered the creation of a women’s camp in Auschwitz. So began the official systematic annihilation of Jews, which first attacked unmarried Jewish girls and young women between the ages of 16 and 32.

Heather Dune Macadam, author of the book 999: The Extraordinary Young Women of the First Official Jewish Transport to Auschwitz, will speak about her research for the book and the soon to be released film 999. She reveals these young women’s poignant stories, drawing on extensive interviews with survivors, and consulting with historians, witnesses, and relatives of those first deportees to create an important addition to Holocaust literature and women’s history.

One of the women on the transport from Poprad, Slovakia was Prof. Hanna Yablonka’s aunt, Lila Klein, from the nearby town of Levoča, in the Tatra Mountains. Another young woman from the same town was Yuci [Jozi] Foldi (Julia Skodova in Slovak). She was one of the few women who survived the transport. Her testimony, therefore, is extraordinary because she was a witness to what Hanna Yablonka has described as the “archeology of Auschwitz” – the step-by-step implementation of the Final Solution in this camp. In her presentation, Yablonka will discuss the preparations to publish Skodova’s book, Three Years Without a Name:  Auschwitz 1942-1945, the unique experience of Slovakian Jews in the history of the Final Solution, including her family’s personal story, and the tragic fate of Julia Skodova.

This program is in partnership with Remember the Women Institute, Liberation 75, the Rabin Chair Forum, the House of the Wannsee Conference Memorial and Educational Site, Classrooms Without Borders, and the Johannesburg Holocaust and Genocide Center.

We are also partnering with The Ghetto Fighters’ House for a timely book discussion on Survival on the Margins:  Polish Jewish Refugees in the Wartime Soviet Union with author Eliyana Adler in conversation with Natalia Aleksiun on Sunday, April 3,, 2022, 2 PM EST | 7 PM GMT | 8 PM SAST | 9 PM Israel.