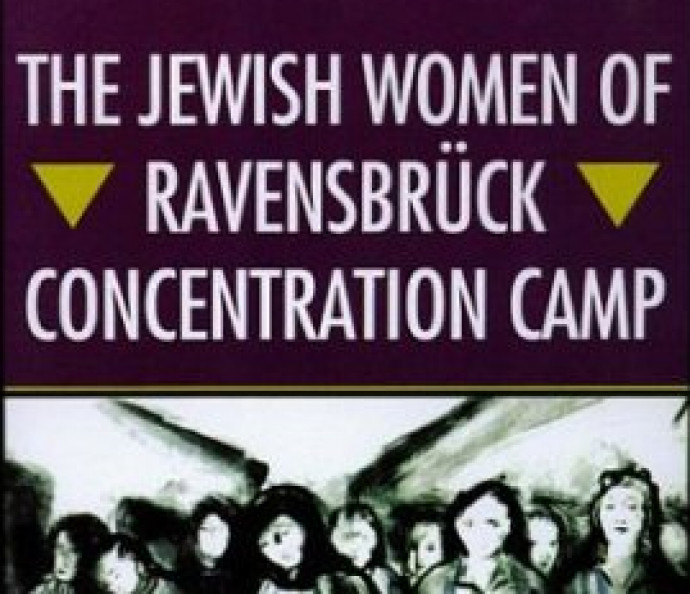 This is the first book in English to recount the experiences of Jewish prisoners in Ravensbrück women’s concentration camp, and to incorporate the camp into Holocaust memorialization.

With research carried out under the auspices of Remember the Women Institute and based on the author’s interest in the camp and its victims, as well as her personal relationships with some of the survivors, the book was envisioned when she first visited the camp memorial (then in East Germany) in 1980. It includes narratives from interviews with some sixty survivors in the United States, Israel, Canada, Europe, and Brazil, as well as unpublished testimonies and documents. Some survivors shared a poem, diary excerpt, or unpublished memoir, which are incorporated into the book. There are also sixty-three graphic images, and an extensive bibliography. The book was a 2004 National Jewish Book Awards Finalist in both the Holocaust Studies and Women’s Studies categories.

This crossover book is of interest to scholars as well as general readers of memoirs, women’s lives and history, and twentieth century and Holocaust-related history. Although it is written in a style that is engaging to general readers, it is thoroughly researched, documented, and footnoted. The book fills a gap, because the camp and the experiences of its female Jewish victims are virtually unknown to most English language readers. Even anthologies that study women during the Holocaust had either omitted the camp or included only superficial information.

Because Ravensbrück was created as a camp for female political prisoners, many of them Communists, and was located in East Germany, the Cold War interfered with information about and interest in it after World War II. Furthermore, because many prisoners were political rather than Jewish, the camp has until now been downplayed in most of the literature, historical accounts, museums, and memorials that recount Jewish Holocaust experiences. However, thousands of Jewish women were murdered by slave labor, torture, starvation, shooting, lethal injection, “medical” experiments, and gassing in this camp, which was located about 50 miles north of Berlin. Among some 132,000 women who were in the camp, about twenty percent were Jewish. This innovative book aims at bringing to life the stories of the Jewish prisoners in the context of the camp, so that readers can better understand the despair in Ravensbrück and the ways that some of its victims managed to survive and rebuild their lives.

“What do Inge Joseph’s autobiographical story and Rochelle G. Saidel’s study on the Ravensbrück concentration camp for women have in common? Time and gender. Saidel’s book, which is the candidate for an important prize in the United States, brings to light for the first time the stories of the Jewish women who were imprisoned in Ravensbrück. …”.

The Judaic Studies Shelf
A review from Midwest Book Review
The Jewish Women Of Ravensbrück Concentration Camp by Rochelle G. Saidel (Founder and Director of the Remember the Women Institute in New York and Senior Scientific Research at the Center for the Study of Women and Gender, University of Sao Paulo) is an impressive and seminal contribution to the growing library of Holocaust Studies with its focus upon the fate of Jewish women imprisoned in the infamous Nazi concentration camp of Ravensbrück which was located about 50 miles north of Berlin. Originally designed for 5,000 women, it held six times this number and was the site for the Nazi’s methodical program of extermination through slave labor, torture, starvation, shooting, lethal injection, medical experimentation, and gassing. Between 1939 and 1945, some 132, 000 women from twenty- three countries were imprisoned and in addition to the Jews, also included political prisoners, Jehovah’s Witnesses, gypsies, prostitutes, lesbians, criminals, and prisoners of war. Only 15,000 women survived by the end of the war (3,000 of them in the camp itself when it was overrun by the Soviet Army on April 30, 1945 — the rest had been taken to Sweden by the Red Cross, while the remaining women survived a last ditch “death march” by the Nazi’s fleeing the advancing Russian troops). Drawing upon interviews and unpublished testimonies from more than sixty survivors in the United States, Israel, Europe, Brazil, and Canada — as well as documents, oral histories, and historic photography, The Jewish Women Of Ravensbrück Concentration Camp is a memorable and informative compilation of collective and individual portraits of these women and the suffering they endured. Very Highly Recommended.

15 Minutes Magazine
“Nazi Cruelty To Women“
Review by Tim Boxer
“ROCHELLE SAIDEL, senior scientific researcher at the Center for the Study of Women and Gender at the University of Sao Paulo, has quite an absorbing book about The Jewish Women of Ravensbrück Concentration Camp (Terrace Books/University of Wisconsin Press, 336 pages….Fifty miles north of Berlin, Ravensbrück was the only major concentration camp for women where everyday life consisted of murder by slave labor, torture, starvation, lethal injection, medical experimentation, shooting and gassing.

Saidel draws on personal interviews with survivors as well as documents and photos to produce a vivid but horrific study of what women endured at the hands of the Nazi beast.”

The Jerusalem Post
“Telling Her Story”
Review by Eetta Prince-Gibson, April 16, 2004
“Gendered aspects of the Holocaust have been a subject of research only since the 1980s. Until then, with the notable exception of Anne Frank’s diary and the work of historian Lucy Dawidowicz, men – including venerable figures such as Eli Wiesel, Andre Schwatzbard, Primo Levi, and Yehuda Bauer – have been the predominant voices in Holocaust literature. … ”

PRAISE
George Cohen,
ForeWord
“Thanks to Rochelle Saidel’s sensitive interviews and meticulous research, together with the many previously unpublished photographs and haunting drawings by the inmates, this book will increase public recognition of Ravensbrück’s victims and survivors….With this, The Jewish Women of Ravensbrück Concentration Camp takes its honorable place in the growing genre of gender study of the Holocaust.”
Eetta Prince-Gibson, The Jerusalem Post

“This book is the outcome of over twenty years of indefatigable research in archives and libraries, and of interviews in several countries with survivors of Ravensbrück. Saidel presents their deeply moving stories against a carefully constructed context of the camp’s history….This book is clearly a labor of deep commitment and love.”
Ruth Schwertfeger, author of Women of Theresienstadt and The Wee Wild One

“This is a welcome addition to the Holocaust literature….The histories of these Jewish survivors are very moving….Readers interested in visual historical materials will appreciate the wide range of photographs and illustrations depicting life in this camp. I expect this book to attract a wide audience.”
Nechama Tec, author of Resilience and Courage: Women, Men, and the Holocaust

“The author has graphically reconstructed the workings of everyday life in this camp….Saidel has created a work that is essential to understanding these women’s determination to survive. Her writing is objective and controlled in recounting one of the darkest episodes in history. Without this book, these victims’ voices might be forgotten.”